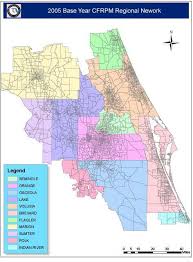 I've been watching the scooter trend with great fascination since January, and have been remarkably surprised at the comparatively low fatality and injury rates.  Now that ride volume is getting much higher, we are beginning to see an uptick in fatalities, which shouldn't be a surprise.  The latest national numbers are pitifully old--2018 totals showed 35.8 million rides (NACTO 2019).  Since we are still in the exponential growth phase of this trend, I wouldn't be surprised to see that number double or treble by the end of this year.

As of August 22, 2019, there have been 16 scooter fatalities in the US.  To figure this out, I scoured the web for newspaper articles, summaries, and blogs.  The article links can be found at the end.  First let's start with the Memorial.  Here are the names, ages, and cities for the 16 fatalities I found in the order they occurred:

The average age was 30 with the majority in their 20's and a median age of 26.  The vast majority (13) were male. That's not surprising since early reports indicate that scooter use is skewed toward men in their 20's and 30's (Dill, 2019).  This is the same demographic cohort that grew up with Razor scooters as kids in the 1990's.

Most of the fatalities were on the weekend (9) or at night (11), which gives credence to Atlanta's after hours ban.  All of the weekend fatalities were at 10 pm or later.  Surprisingly, alcohol was only indicated as a factor in 3 of the 16 incidents--which means they probably didn't ask in most of the cases.  Only one fatality occurred during peak travel hours.  Where a cause of death was indicated, head trauma was most often listed, although torso trauma was also mentioned.

It took 9 months before the first fatality occurred, but as usage increases, the time between fatalities is dropping rapidly with an average of one fatality every 14 days.  Scooters may be seen as a west coast phenomenon, but only 4 of the 16 fatalities occurred in California.   The city with the most fatalities is Atlanta, which has had 4 since May.  This is followed by Washington D.C. and San Diego with 2 each.

The geometric information is interesting.  The vast majority of the fatalities occurred on or around roadways that were 4 lanes or more (12 of the 16), although it's clear that people can and will kill themselves in the most sheltered of locations.  Intuitively, I would expect most of the fatalities in the intersections, where the conflicts are most dense, but areas away from the intersection were more common.  Sidewalk riding was only allowed in 6 of the 16 fatalities, and this was clearly a factor in many of the incidents.  Onstreet parking was in the area of the incident 3 times but only appears to have had an impact twice. 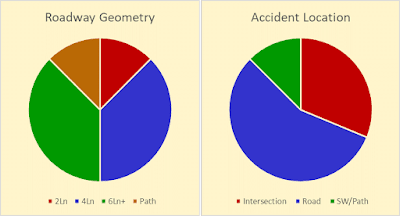 So what do we need to do to keep people from getting killed?

Looks like despite the frustration people have with sidewalk riding, there may be a good reason to allow them there, at least until the infrastructure catches up.  If the CDC study is any indication, the learning curve is a complication that probably doesn't belong in the roadway.  In Austin, the CDC found that 1/3 of the ER visits over a 3 month period were on the person's first ride and 63% were in the first 10 rides.  Imagine learning to ride a bicycle in the roadway alongside other cars--not good. The cars in the environment are also learning to recognize scooters in the ROW, which will also take time.  The good news is that people will learn and the accident rates are likely to drop.  The bad news is that people can kill themselves at 15 mph pretty easily even without another car around.  I would suggest helmet use, like everyone else, but many who fall from a scooter land on their chin, not the top of their head where the helmet is.  The European airbag collar might help, but helmets may not be of much use when a person gets hit in the body and dies from internal injuries.  By the way, I can't wait until we can get these in the US.

Clearly, scooter riding after 10 pm also seems to add substantial risks, and not just because of the weekend drinking crowd.  There seems to be an issue with low volumes and high speeds in urban areas on wide roadways.  Drivers are less likely to anticipate seeing anyone, much less a scooter.

From a design standpoint, intersection radii need serious consideration.  Many times, urban designers will specify 25 ft radii for curves to slow traffic, but bus traffic requires a 43 foot radius.  Running over a corner curb may be fine when pedestrians are there, but scooters and bikes can't move out of the way as quickly or easily.  Same goes for construction barriers.  Maintenance of traffic in light of scooters may need revisions.

In the meantime, the numbers are still pretty low, all things considered.  They are likely to climb as scooters appear in more locations.  I'm going to try to keep up with the fatalities as they come in, so keep posted...

As soon as I can figure out how to post the locations on Google Earth, I'll update this with the link...